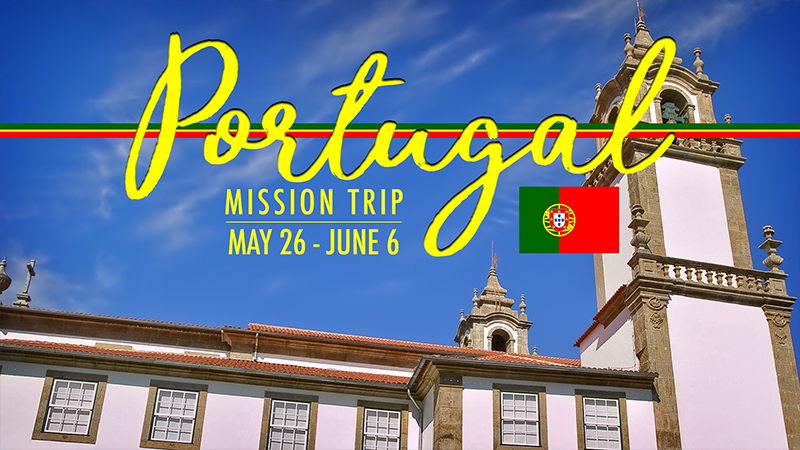 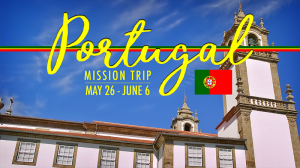 We are excited to renew our partnership in Portugal this coming year. We will be taking a team of students and adults led by our Mission Pastor, Scott Ward. The dates are May 26-June 6. We will be working with First Baptist Church in Viseu, Portugal. The Pastor, Daniel Lopes, will have some great work for us to do to reach out to his community, and we will be prayer-walking throughout the city to ask God to do a big work there. If you are interested in this trip, contact Scott for more information. Below is some more detailed information…

Who
We will be working with Daniel Lopes, the pastor of First Baptist Church in Viseu, Portugal. Daniel was born and raised in Viseu but spent six years in the US getting a degree in Business Administration, so he knows English very well. Daniel is 41 years old and married to Ana. They have three children: Filipe (9), Pedro (7) and Joana (22 months).

Where
Portugal is small country with around 11 million people. Most of the people will say that they are Catholics, but their leaders say that less than 20% regularly attend services. The one’s that say they are not Catholics are mostly atheist. Evangelical Christianity in Northern Portugal is less than 2% of the population which makes the Portuguese people there an unreached people group.

Viseu with a population of 100,000 is the capital city of the Viseu District which has a total population of about 377,000. First Baptist Church of Viseu is the largest Baptist Church in the district with about 150 members. There are four other smaller Baptist churches and only around 40 total evangelical churches in the entire district, although most of these churches have declined to almost nothing.

Viseu is a strong economic hub with a large wine industry and home to a large international telecommunications conglomerate. The city is also a cultural center, home to the nationally acclaimed Grão Vasco Museum. It also has many colleges and universities.

Here is a promotional video about Viseu: CLICK HERE

Purpose
Our purpose in going is two-fold. We will be going to work under the strategy of Daniel Lopes to help him and his church reach his city for Jesus. He has mentioned that we could do a soccer clinic. He is also interested in doing prayer-walking and engaging people in spiritual conversations. Our second purpose is to encourage Daniel, his family, and his church to press on in the work of the Gospel and Great Commission.

A site to keep you informed about Grand Avenue Baptist Church’s mission partnerships, prayer requests, and upcoming mission trips. To find out more about our church, check out our website here: www.gabc.church.